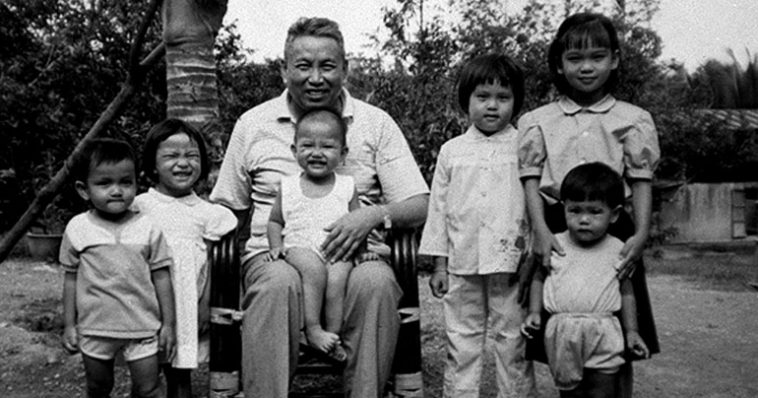 Do you have daddy issues, or hate your family every now and again? Well count yourself lucky you are not one of the descendants of some of the most notorious dictators of the 20th century.

delves into what the relatives of some of the most brutal leaders in history are up to now.

Pol Pot’s real name was Solath Sar, and Sar Patchata was his only daughter. There are many pictures of the smiling brute holding his daughter during the 1980s. Sar Patchata, who inherited her pops good looks was married in 2014 and is currently a rice farmer in Cambodia. She has said she’d like to talk to in the afterlife, something he didn’t believe in.

Valentin Ceaușescu – Son of the Ceausescus

When your mom and pop are Elena and Nicolai Ceausescu you know you have some serious boots to fill. They actually had three children, Valentin is just the only one well rounded enough not to have topped himself. Ironically he’s a scientist/nuclear physicist, unlike his mother who pretended she was.

Benito was a bit more of a cad in the sack than dear Adolph and managed to father a few kids. One of these spawned Alessandra Mussolini, a model who became an actress and then decided to follow grand-pops into politics in 2013. She is unsurprisingly of the far-right persuasion and spends as much time as possible bigging up the legacy of her grandfather. Sometimes the apple really does not fall far from the tree.

Stalin was notoriously a bit of a dick to his family, refusing to do a prisoner swap for one son, and turning his daughter into being some kind of hippie in India. His descendants have a mixed opinion of the Iron Man. Jacob Jugashvili used to be embarrassed about his relationship to Stalin but now embraces it. As Jacob Jugashvili is an artist, one can only assume Uncle Joe is himself embarrassed from the grave.

We hope you enjoyed our five best descendants of dictators of the 20th century, we have already started writing our 21st-century edition. Donald Trump Junior anyone?